GoodRENal is a European project aimed at promoting healthy lifestyle habits in people with chronic kidney disease. Researchers from Sweden, Greece, Belgium and Spain are working on this project, which is funded by the Erasmus+ European programme and the Spanish R+D+i Plan.

Specialists from the CEU UCH, Manises Hospital, Valencia University and the Polytechnic University of Valencia (UPV); the Karolinska Institute and the Skåne University Hospital, in Sweden; the Catholic University of Leuven, in Belgium; and the Aristotle University of Thessaloniki, in Greece, will strive to improve the quality of life of people with chronic kidney disease through an all-round approach, which includes physical activity, nutrition and psychological well-being.

GoodRENal involves designing a virtual platform that is used during the haemodialysis sessions to encourage patients to stick to these healthy habits, while they are being treated.

The design and the development of the GoodRENal virtual platform will incorporate the results obtained in previous clinical trials.

The GoodRENal project also includes the design of an e-learning platform with guides on physical activity habits, nutrition and psychological aspects, which are intended for all those who influence the lifestyle of the patients undergoing haemodialysis treatment, from the actual people with chronic kidney disease, to the healthcare professionals who look after them, their families and their caregivers.

It also envisages organizing different scientific events and training activities up to 2023. 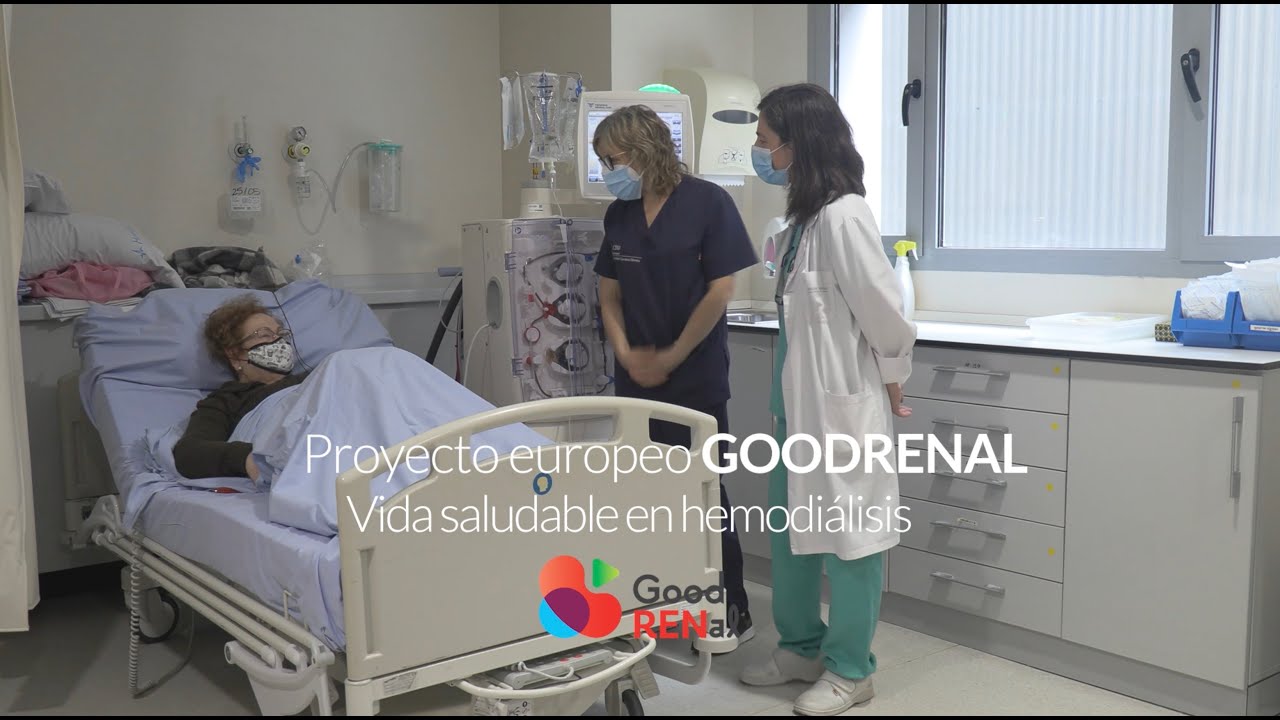 Doctor Eva Segura Ortí, who is in charge of the GoodRENal project, is a member of the European Association of Rehabilitation in Chronic Kidney Disease (EURORECKD), of the Spanish multidisciplinary group set up to promote physical exercise among dialysis patients, which has been created by the Spanish Society of Nephrology (GEMEFERSEN) and the Global Renal Exercise Group (GREX).

On behalf of CEU UCH another two professors from the Physiotherapy Degree programme are working on this project: Noemí Valtueña and Francisco José Martínez Olmos. The Spanish part of this team is rounded off by the Nephrologists from Manises Hospital, Alicia García Testal and Rafael García Maset; the Psychology professor from Valencia University, Patricia Mesa; and the virtual reality researchers from the Polytechnic University of Valencia, José Antonio Lozano Quilis, José Antonio Gil Gómez and Hermenegildo Gil Gómez.

The other members of the team who are involved in the project together with the Spanish researchers are the specialist in renal nutrition Carla Avesani, Juan Jesús Carrero, Bengt Lindholm and Peter Stenvinkel, from the Karolinska Institute, in Sweden; the nephrologists Naomi Clyne, from the Lund Hospital, in Sweden, Amaryllis Van Craenenbroeck, from the University of Louvain, in Belgium; and the cardiologist Evangelia Kouidi, who is the director of the Sports Medicine Laboratory at Aristotle University of Thessaloniki.

As well as the European funds from the Erasmus+ programme, the project has also obtained funding 84.700 euros  from the National R+D+i Plan of the Spanish Ministry of Science, Innovation and Universities: in total, more than 336.327 EUROS euros to carry it out. The GoodRENal project has also got the backing of the Association set up to fight against kidney diseases ALCER Castalia; the nephrologist Vicent Esteve and the nephrology nurse Anna Junqué, from the Complejo Sanitario de Terrasa; and international renal rehabilitation researchers from Leicester University, in the United Kingdom; the Universidad Austral in Chile and the Universidad Federal de Juiz de Fora, in Brazil.