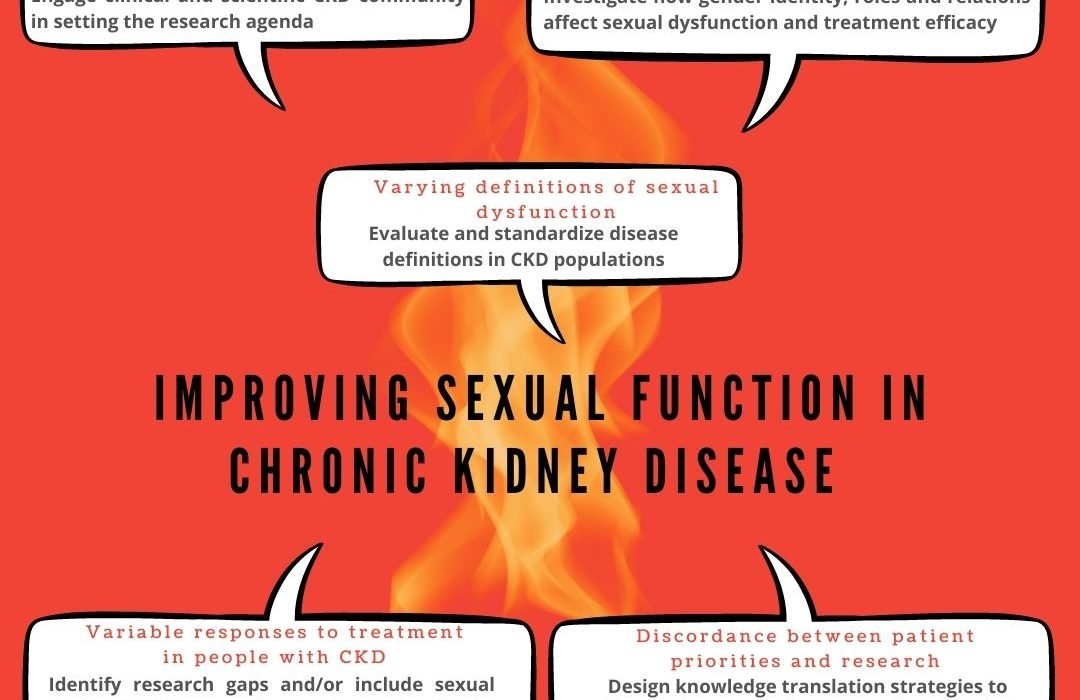 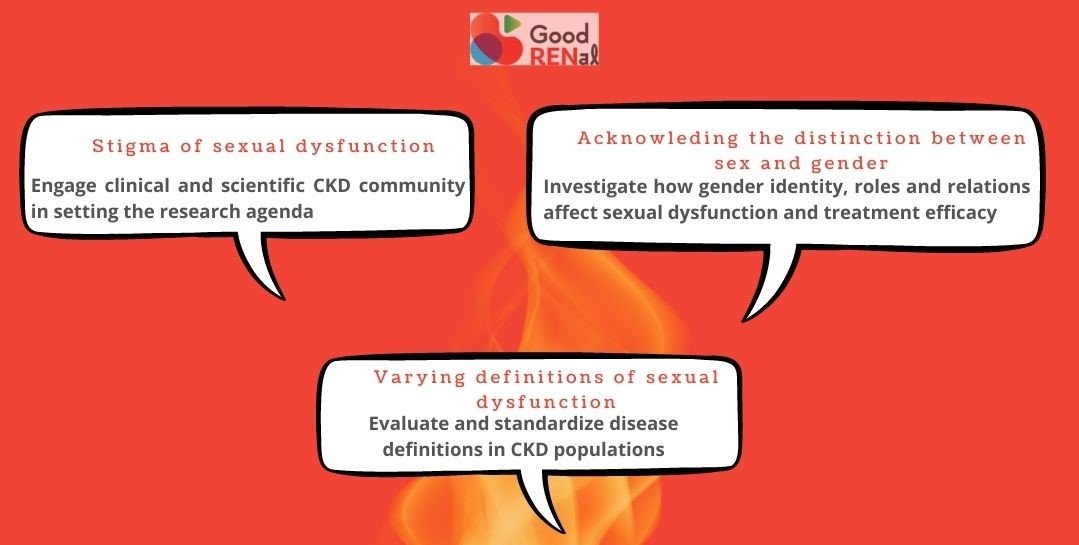 Sexual dysfunction occurs frequently in people with chronic kidney disease (CKD), however, there is a lack of research regarding the mechanistic and clinical aspects of sexual health in this population. A recent article on this topic is shedding light on which are the barriers to research on sexual function in CKD (Harrison et al., 2020).

Patients with CKD are frequently affected by multiple chronic comorbidities, which affect their health-related quality of life. Sexual function can be affected by the kidney condition itself and other common comorbidities, such as diabetes or cardiovascular disease. Sexual dysfunctions may include disorders of physical function (such as erectile disorders in males or genito-pelvic pain disorder in females), as well as disorders related to sexual desire or orgasm (such as orgasmic disorder in females or premature ejaculation in males). For instance, according to the literature, erectile dysfunction among CKD male patients undergoing hemodialysis treatment is as frequent as between 68% to 92%. On the other hand, females are also affected by sexual dysfunctions, with an estimated 59% of those receiving dialysis having difficulties achieving orgasm.

Despite sexual dysfunction occurring commonly in people with CKD, it has been seen that this topic is not sufficiently covered in research. Barriers to improve sexual function in CKD include: 1) The stigma of sexual dysfunction; 2) The varying definitions of sexual dysfunction; and 3) The discordance between patient priorities and research. In order to address potential research revenues, it has been suggested to: 1) Explore the reasons for stigma in this population and engage clinical and scientific CKD community in setting the research agenda; 2) evaluate and standardize disease definitions in CKD populations; and 3) design knowledge translation strategies to bridge the gap between research and clinical practice, as well as engage patients and multidisciplinary team members in research.